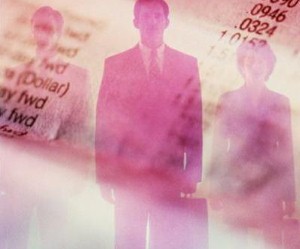 Many large businesses are not paying any corporation tax whatsoever, an influential committee of MPs has discovered.

Evidence gathered from HM Revenue and Customs by the public accounts committee shows that of the 700 large businesses in the UK eligible for corporation tax just 50 of them paid two thirds of the tax raised and 181 of them paid none at all.

Calling the results “very telling”, committee chairman Edward Leigh called on HMRC to urgently look into the level of payment and issue a report.

“[The department] should robustly apply new penalties for those companies engaged in serious tax avoidance activities,” he added.

The committee also expressed concern at the rate of enquiry about unpaid tax. Sixty per cent of the enquiries into unpaid tax managed to recoup less than one per cent of additional tax raised.

The MPs put the amount of revenue at risk at £8.5 billion.

Firstly, most of the businesses are multinational corporations whose operations involve trade and financing across multiply national boundaries. This makes tax assessment increasingly complex.

Secondly, there is a widening gap between the skills of the staff in those businesses and those working for the Large Business Service. Multinational corporations have the funds and resources to extensively train graduates and to only hire the cream of the crop.

The government is understood to be bringing in external recruits, including retired tax advisers, to train its staff and conduct more complex technical work.

Recent government legislation requires groups and individuals to declare their tax avoidance schemes. Nine hundred schemes have been revealed to the government since February and 350 of them are being closed through legislation.