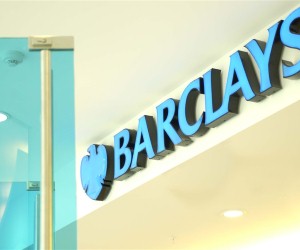 Regulators in the US have declared that Barclays Bank must pay $435 million (£288.2 million) within the next 30 days for allegedly rigging electricity tariffs.

The bank itself has this total to pay, while four of its lenders will also have to pay the price, one trader paying $15 million (£9.93 million) and the other three £1 million (£662,164) each. All four traders have now left the bank.

Barclays must also forgo $34.9 million (£23.1 million) in profits, which will be spread out to various aid programmes across the four states that were affected: California, Arizona, Washington and Oregon.

The accusations are pointed towards Barclays potentially having manipulated electricity markets in the four US states from November 2006 to December 2008. The fines had originally been proposed by the Federal Energy Regulatory Commission (FERC) in October (2012), and now the body's board of commissioners have agreed that the bank must pay-out.

The case was built on evidence of electronic messages sent between traders that had boasted about how they had managed to manipulate the market. Particular attention was placed on the "Friday burrito incident", with the FERC stating that Barclays trader Mr Connelly deliberately misdirected an employee of the Western Power Trading Forum, who published an energy newsletter called the 'Friday Burrito'. By looking at unusual trading that was occurring, Mr Connelly then told the publisher of the report to "embrace the change".

Barclays responded in a statement: "We are disappointed by the action that FERC took today. We believe the penalty assessed by the FERC is without basis, and we strongly disagree with the allegations made."

This is the latest scandal to hit Barclays, after it was fined £290 million last year when bankers had attempted to rig the Libor interest rate.