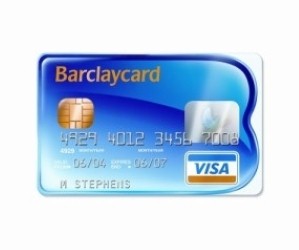 Barclaycard has taken over the top of the best-buy tables for balance transfer credit cards less than 24 hours after being knocked off.

Yesterday, Tesco Bank launched a 25-month interest-free balance transfer credit card with a fee of 2.9 per cent. Tesco‘s product also offers zero per cent on purchases for three months before reverting to a rate of 16.9 per cent APR. If you are a Clubcard holder you also get one point for every £4 spent away from Tesco’s and five points for every £4 spent on Tesco groceries.

However, today Barclaycard has unveiled a 26 month interest-free balance transfer credit card with a higher fee of 3.5 per cent, zero per cent on new purchases for six months and a rate of 18.9 per cent APR.

There has been increased competition in this area of the market as the realization dawns on people that they cannot repay their balance, much of which will have been racked up over Christmas.

This is why Barclaycard has signaled its intention to get back to the top of the best-buy tables.

Last month it was the Halifax that battled with Barclaycard when it launched its own 25-month card with a three per cent fee. Barclaycard responded by lowering its fee on the same length product from 3.5 per cent to 2.9 per cent.

Tesco Bank’s move earlier this week has forced Barclaycard to extend the offer out to 26 months.

Michael Ossei, personal finance expert at uSwitch.com, assesses the two offers and says: "The battle in the credit card market is heating up as Barclaycard launches a new 0% 26-month balance transfer card just hours after Tesco announces its 0% 25-month deal.

"While the 3.5% fee is hefty, Barclaycard's market-leading deal signals that it means business in the credit card arena.

"While Barclaycard has fought back to retain its stranglehold, Tesco has a unique advantage over its rivals – it is able to tap into a base of over 16 million loyal Clubcard customers. With clear insight into consumer shopping habits, Tesco is gearing all of its financial products and services around what the customer wants. With this in mind, I would not be surprised to see Sainsbury's Bank step up its credit card offering, using its base of Nectar customers.

"While Barclaycard remains the frontrunner in the balance transfer space for the time being, supermarkets and high street brands are now finding their footing. Market leading rates and products could soon become the norm for these new players as they start using data and customer insights to develop more appealing financial products for their customers."