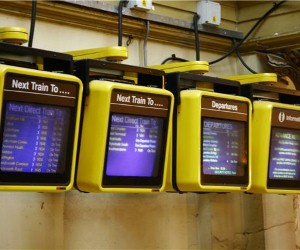 Season ticket holders face an average increase of 4.2 per cent in 2013

Rail fare increases that are above inflation take effect from today as commuters return to work following the Christmas and New Year break.

This is the 10th successive year that rail commuters have faced fare rises that are above the rate of inflation but a government minister has promised that the government's aim is to put an end to the inflation-linked train fare price increases.

The Transport Minister Norman Baker has admitted that the rail fare structure is “not ideal” as the 4.2 per cent annual season ticket rail fare increase agreed in August applies.
Overall for all tickets prices have risen by an average of 3.9 per cent.

Mr Baker said: "Family budgets are being squeezed, so that is why this coalition Government has taken proactive steps to cut the planned fare rises from 3% to 1% above inflation until 2014.

"We are engaged in the biggest rail investment programme since the 19th century and it is only right that the passenger, as well as the taxpayer, contributes towards that.

"In the longer term we are determined to reduce the cost of running the railways so that we can end the era of above-inflation fare rises."

The price increases vary across different regions whose train services are run by different operators.

The rail fare increases are calculated for most routes using the Retail Prices Index (RPI) measure of inflation plus an additional percentage.

Mr Baker said that the government had managed to keep the additional percentage at one per cent for this year’s price increases. It was initially planned for the increases to be at RPI plus three per cent.

However, the TUC claims that average train fares have risen almost three times faster than the rise in average incomes since 2008.

TUC general secretary Frances O'Grady said: "At a time when real wages are falling and household budgets are being squeezed, rail travellers are being forced to endure yet another year of inflation-busting fare increases.

"As well as having to shell out record amounts of money for their tickets, passengers also face the prospect of travelling on trains with fewer staff and having less access to ticket offices. They are being asked to pay much more for less."

According to data from the Campaign for Better Transport (CBT) commuters in London have faced an increase of £1,300 in average season ticket costs since 2003. Stripping out inflation this means a real terms increase of £360. The organization claims that on some routes fares have gone up by more than 50 per cent since 2003.

He said: "The impact of successive governments' policies on rail fares is appalling.

"We have deliberately made getting the train to work an extravagance that many struggle to afford. The time has come not just to stop the rises but to reduce fares."

CBT has organised a petition to try and force the government to promise a date when inflation linked rail increases will end.

For commuters outside of London the real terms increase is on average even higher, though there are significant variations depending on the route and train operator.

Train operators are allowed to increase or reduce fares by up to five per cent above or below the imposed increases so that they can respond to demand for particular routes and journeys. Fares that rise by more than the recommended amount must be balanced out by prices that rise by less than the average.

Labour says that it would impose a cap on future fare rises. Labour shadow transport secretary Maria Eagle said: "The government should come clean with commuters that this is a direct result of their decision to cave in to pressure from the private train companies to let them hike ticket prices beyond the so-called cap."