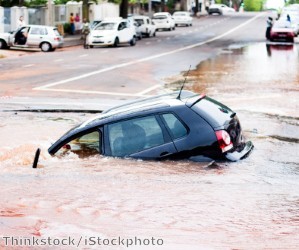 Car insurance premiums have fallen by an average of 7.1% in the past 12 months

The fall comes after two years, from mid-2009 to mid-2011, when prices increased greatly each quarter.

Youn people aged 17-20 saw falls for the first time in many years in their annual car insurance costs but at an average of £2,491, they still pay the most.

However, there are big discrepancies between young men and young women. Men aged 17 – 20 pay an average of £3,596, almost double the average cost of a policy for women of  the same age, who pay £1,878.

The reductions were between five and nine per cent for all age groups from 17 to 71+.

Older people aged 71+ pay the least for car insurance, with an average premium of £426. They also enjoyed the biggest annual fall, at 8.8 per cent.

According to the AA’s British Insurance Premium Index, car insurance rose by a staggering 38.2 per cent in 2010 due to a combination of an increase in personal injury claims, uninsured drivers and insurance fraud. This was followed by a 15.3 per cent increase in 2011.

The latest data shows that despite the impending EU directive on insurance gender rules men are still paying on average £110 a year more than women.

Prices have not fallen much for young males aged 17-20 in certain areas. Those who live in Manchester, Merseyside or inner London each pay an average of between £5,300 and £5,400 annually. For women of the same age the fall in premiums has been greater but this is likely to change by 2013 when insurance companies are unable to take gender into account when pricing car insurance.

Gareth Kloet, Head of Car Insurance at Confused.com said: “When it comes to men versus women, any gender differences have to be factored out of quotations after December this year and so other factors such as the type of car you drive and the distances you expect to cover will become more important in the quote process.

“We anticipate that drivers will continue to reduce their annual mileage as a result of high motoring costs and seek cheaper vehicles in their search for more affordable cover."

Across all regions, the West Midlands has seen the biggest drop of 10.5 per cent.