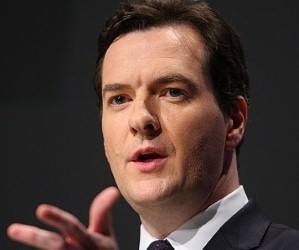 The Chancellor, George Osborne has presented his Autumn Statement to Parliament and reiterated that the job of repairing the economy is only half complete.

The overall tone of the speech was that the government seeks a responsible recovery and wants to promote good financial management of the economy.

Mr Osborne noted that the economy has improved more than expected and that the government’s aim was to “fix the roof while the sun is shining,” a reference to the previous Labour government who oversaw a ballooning deficit in the years leading up to the financial crisis.

Mr Osborne said it was the government’s responsibility to “spot the debt bubbles before they affect financial stability” and that the government’s aim was to “secure the economy for the long term.”

In a brief dig at Labour’s argument that spending cuts were stopping economic growth, Mr Osborne said there had not been a double dip recession and cited the report from the Office for Budget Responsibility (OBR) that accompanied the Autumn Statement which raised growth forecasts for 2013 from 0.6 per cent to 1.4 per cent and increased 2014’s growth estimate from 1.8 per cent to 2.4 per cent.

Mr Osborne presented the latest analysis from the OBR, saying that the fall in GDP from the peak during 2008 over the next 12 months was 7.2 per cent, up from the previous estimate of 6.3 per cent and that this had cost each UK household around £3,000.

Mr Osborne said: “We have held our nerve while those who predicted no growth have been proved comprehensively wrong.”

However, Mr Osborne acknowledged that while unemployment was falling, productivity was still too low and that it was vital to get business investment and exports going up.

He warned that the weakness of the UK’s trading partners is hindering the UK’s ability to increase its export levels and that the UK has to aim to rebalance its export trading away from North America and Europe.

Mr Osborne announced that he is to double the amount of export finance available for emerging markets to £50 billion.

The OBR expects the deficit to increase by £111 billion this financial year, down from its March estimate of £120 billion.

Mr Osborne said that Whitehall departments will under spend by £7 billion this year and that there will be a further £3 billion in departmental savings in the next three years. The NHS and education will remain exempt from any cuts.

The Chancellor announced that there is to be a cap on overall welfare spending but that the state pension and certain job seeker benefits will be exempt from the cap.

Mr Osborne said the government has a responsibility to taxpayers to control welfare spending.

He also said that the government expects councils to maintain a council tax freeze next year.

Mr Osborne announced that the state pension will go up by £2.95 from April and that current pensioners will be able to make extra contributions so that they can qualify for additional entitlements which should benefit women who have missed payments because they have left the workplace to raise a family.

The Chancellor said this was necessary because of the increase in life expectancy.

Mr Osborne announced what he called the largest package of tax measures ever announced to tackle tax avoidance and evasion and a big move to tackle employers who avoid paying Employers National Insurance.

Changes to Capital Gains Tax mean that foreign nationals who sell residential property in the UK will now be charged tax from April 2015. The move is designed to cool the rate at which property prices in London are going up.

He also announced that £100 million of Libor fines will be given to military charities.

Mr Osborne said: “We should not turn our back on new sources of energy such as shale gas.”

Mr Osborne confirmed that the government’s decision to roll back green taxes will mean the average annual dual fuel bill falls by £50 for every household.

Mr Osborne said new homes are now being built at the fastest rate for a decade and he plans to use £1 billion of loans to unblock housing developments in Manchester, Leeds and other areas.

He also said the government will encourage councils to sell off the most expensive council homes so that more homes can be built for families that need them.

Aldermore & Virgin are to join scheme this month and the Bank of England are to be responsible for dealing with asset bubbles if they threaten financial stability.

He announced free school meals for children in reception and the first two years of infant school.

Mr Osborne admitted that not enough has been done to support young people leaving school and he said the JobCentre+ would offer more support to 16 & 17-year-olds to help them find apprenticeships or training placements.

Apprenticeships will now be funded directly by HMRC and that there will be an additional 20,000 new apprenticeship places and that 50,000 more people will be helped to start up their own business.

However, he announced that for people aged between 18 and 21, they will have to undertake training from the first day of being on Jobseekers’ Allowance if they have no qualifications.

One of the surprises of the Autumn Statement was the announcement that employers will no longer have to pay National Insurance contributions for employees aged below 21.

Mr Osborne said: “Access to higher education is a basic tenet to success in the global race,” as he announced an extra 30,000 student places and that from 2014 there will be extra funding to science technology and engineering.

Osborne was quick to point out that the UK has the lowest overall rate of Corporation Tax in the western world at 20 per cent.

He said the government will abolish Stamp duty on exchange traded funds (ETF’s) and add to film tax relief as well as introducing a new tax relief for investing in social enterprise schemes.

The business rates relief scheme is to be extended for one more year and rates will rise by less than the retail prices index (RPI) measure of inflation, 2.0 per cent rather than 3.2 per cent.

Businesses will also be allowed to pay in 12 monthly instalments rather than quarterly. There will be a revaluation of business rates in 2017.

In further measures for the High Street and local retailers in their attempts to fight back against the rise of online retail, the Chancellor announced he will introduce reoccupation relief which will halve business rates for new occupants taking over vacant units.

Mr Osborne announced that for the next two years every retail premises in England with a rateable value of up to £50,000 will get a discount on business rates worth £1,000.

The personal allowance before income tax is due will go up to £10,000 from April 2014, but there was no further announcement on raising the tax threshold for subsequent years.

The Chancellor announced that up to £1,000 of the personal allowance can now be transferred from one spouse to the other.

Fuel duty will be frozen once again and there will be no rise the duty during 2014.