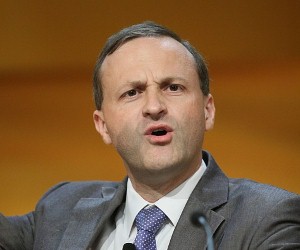 The Pensions Regulator has confirmed that the number of people opting into the government’s new auto-enrolment system has reached one million.

Auto-enrolment was introduced last October to ensure all employees have access to an occupational pension. All employees will be enrolled in, though employees can opt out.

The auto-enrolment pension system obliges all but the smallest employers to offer their employees a pension to which the employer will match an employees’ pension contribution and is being rolled out to employers over the next five years, starting with the largest employers and then medium-sized firms and finally the smallest companies.

Pensions Minister, Steve Webb said: “Today is a real landmark in this quiet revolution, finally reversing decades of decline in pension saving.This is the biggest change to the pensions system for a century.

"The money workers save is being matched by contributions from their employers and topped-up by tax relief, helping them put money aside for their retirement, many for the first time.”

The government is attempting to reverse decades of falling pension contributions and encourage people to save more for their retirement as life expectancy in the UK goes up.

The scheme is being introduced at a time when pension savings into company pensions and private pensions is at an all-time low.

Earlier this week, the Office for National Statistics (ONS) reported that private pension savings reached an all-time low in 2011-12.

This means that just 35 per cent of men and 32 per cent of women were actively saving into a pensions scheme in 2011-12.

Travis Perkins are one of the big firms that have set up their scheme and Geoff Cooper, Chief Executive of the Travis Perkins Group, said: “Encouraging every one of our 24,000 employees to save for the future is very important for us, and I am proud that our company has played a part in reaching this important first million.”