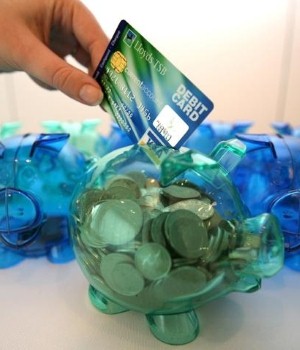 A recent YouGov survey conducted in conjunction with National Savings and Investments (NS&I) revealed that less than one-third of respondents have confidence in pensions as the best savings vehicle for old age.

In fact, just 29 per cent of those questioned have faith that a pension plan is the most effective way to put money aside for retirement, which may indicate consumers are willing to look elsewhere, such as offshore savings accounts.

Chief executive officer of the Institute of Financial Planning Nick Cann commented: "People are clearly nervous about committing to long-term savings with no access to any of the capital that is being built up. Now is the opportunity to build greater flexibility and incentive into long-term savings."

Selecting an offshore account with a fixed term is one possibility those planning for their retirement may want to look into.

A product like this will tie your cash up for anywhere between one and five years and usually offers a more favourable interest rate than an instant-access account.

Following the YouGov/NS&I survey, Alan Dick, from Forty Two Wealth Management, expressed concern that consumers may not be making alternative arrangements to a pension for their retirement.

He stressed the importance of choosing a different kind of investment vehicle to accumulate the capital required to sustain a comfortable lifestyle in their golden years, noting: "Most people seriously underestimate just how much money they will need to build up."

Founder of cashquestions.com Annie Shaw believes more young people are focusing on other tax-free investments in place of traditional pensions.

She added there are many more options open to long-term savers now than there were previously, so it "does make sense" to look elsewhere and review all the products on the market.

"The important thing is that people do need to save somewhere, but it doesn't need to have a big label on it saying pension – that is just one of the ways to save [for retirement]," Ms Shaw said.

Asset manager at iwm.eu.com Rob Noble-Warren recently asserted that individuals need to take control over where they want their money to be invested.

He advised anyone saving for retirement to make sure at least half the income they are counting on is "guaranteed or stable".

Research published by Aviva this month may highlight the need to begin looking at all the retirement savings options when you are young, after 67 per cent of retirees admitted they wish they had set more aside to live on after finishing work.

Meanwhile, 37 per cent of the over-55s questioned who were still in employment revealed they have yet to make adequate arrangements to support them financially once they leave their jobs.

Higher-interest products, such as fixed-rate savings accounts, could be a good choice for those who do not have a long time to prepare for their retirement.

Such vehicles usually require a minimum deposit of £5,000 or more, but can be an effective way to grow your capital and remove the temptation of dipping into your savings unless you are in desperate need.

This is because you will be charged a fee for any withdrawals you make before the term of the account expires.

With such a wide range of options open to savers, it is important to research all the products on the market and decide which is the most suitable for your requirements.
Seeking the advice of an independent financial advisor may also be a sensible move if you are unsure of which investments will best meet your needs.