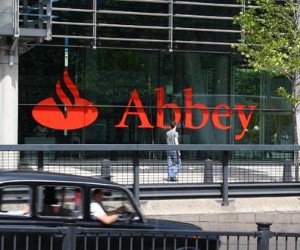 Santander is to contact around 270,000 of its mortgage customers to explain how it failed to make clear the changes to the terms of its standard variable mortgage rates in 2008.

In particular, 30,000 Abbey customers who held mortgages with an SVR cap between 2002 and 2006 may qualify for compensation. They were put onto SVR rates after coming off fixed rate mortgage deals and they were not properly told that they could transfer their mortgage balance to a better deal.

When the Bank of England cut the base rate In December 2008 by a full one per cent, Abbey only passed on half the rate cut to customers, which increased the margin for the bank between the SVR and the base rate.

Some of the borrowers affected could be due compensation after the bank failed to clearly explain the rise in its standard variable rate (SVR) cap which is a level set above the SVR showing the maximum the rate could go up to.

It was an issue that affected Halifax customers too from an incident from January 2009 which saw qualifying customers receive compensation payouts of between £500 and a few thousand pounds.

The communication relates to Abbey customers who held a mortgage between 2002 and 2006 which included a cap that limited the SVR to 2.5 per cent above the Bank of England base rate.

When this fell at the end of 2007 and by even further in 2008 to its current record low of 0.50 per cent by March 2009, the bank did not pass the fall onto its customers, keeping the rate higher and well above the cap, which it then raised to 3.75 per cent above base rate.

It was this change that was not communicated properly to affected customers. In particular, 30,000 Abbey customers had mortgages with both the SVR cap and another clause that had them tied into paying the SVR for 3 months after the fixed-term period ended.

The contract told customers that they could move their mortgage without penalty for three months after the bank changed the SVR, but this fact was not properly communicated to customers.

The Financial Conduct Authority (FCA) said that Santander did not properly inform customers what was happening, how it was going to affect borrowers and the available options open to them. The FCA added that some borrowers did not even receive a letter telling them about the change.

The FCA says that the bank now has to write to all of the 270,000 customers explaining clearly what happened and giving them the chance to complain. Customers will be free to decide if they have lost out and should complain to the bank which will then assess their claim. The letters will be sent in batches from April 22nd until the autumn of 2013.

A Santander spokesperson said: “We will be communicating with all holders of the relevant mortgages over the next few months.  The letter that these customers will receive will clarify the Cap Margin increase we made in 2008 and how it affected them.

The FCA said that financial compensation to some customers is a possibility if borrowers have lost out but said this is only likely to happen in a minority of cases because any redress depends on whether an individual customer could have moved to a better deal, which, in turn would depend on the level of equity they had at the time.

The bank has put information relating to the action taken by the FCA online at  www.santander-products.co.uk/capmargin

The FCA has also published information on its website to help consumers understand how to complain and how their complaint will be evaluated.