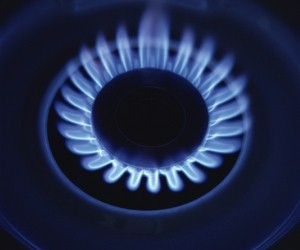 This guide shows you how to find the information relating to your own gas and electricity use and then how to apply that to any tariff to compare suppliers and find the best deal.

Energy prices are rising no matter who your supplier is and the recent energy summit involving the Prime Minister, David Cameron, the Energy Secretary, Chris Huhne, consumer groups and representatives from each of the big six suppliers gave consumers little room for optimism.

The combined effects of the government’s green energy agenda, rising wholesale prices and our own energy usage mean that prices are likely to continue to increase over the coming years.

The bewildering array of tariffs, the different terminology used by each company and the use by some firms of two tier pricing and other suppliers of daily rates make calculating bills based on your own actual usage and comparing like-for-like deals a minefield.

And I haven’t even mentioned how different discounts such as dual fuel, direct debit, paperless billing and online tariff discounts are applied in separate ways at different times in the process to further cloud the picture.

To say the process is complicated is an understatement. It is a nightmare, but one that governments could do something about by initiating rules that force energy companies to simplify their bills and tariffs.

Find a better deal on gas and electricity now

Consumers getting a raw deal

Simplified bills and tariffs would at least give the consumer a fighting chance. As an ex-accountant and a financial journalist I think I am in a better position than most to decipher information and work out the actual costs but it was a time-consuming, laborious process to work out my own usage and total cost and then to apply that information to the best dual fuel tariffs of each of the big six energy suppliers that are open to new customers.

I wanted to try and really get to the bottom of what we as consumers can do to get the best deal in the current market, especially as the government is offering little help, Ofgem, the regulator appears toothless and energy companies are not going to give up their profits without a fight. I found the best deal currently available from each of the “big six” energy companies, British Gas, Npower, E.ON, EDF, SSE (trading as Southern Electric in my region) and Scottish Power. So this is our guide on how to get your own cost and usage information on gas and electricity and then how to apply this so you can compare all of the best dual fuel deals to find the cheapest one.

One point to make is that to do this exercise it helps enormously if you send through meter readings when asked by your supplier. If you do it promptly the chances are that your bill periods will be roughly the same each year which makes comparing easier and more accurate as usage varies throughout the year, especially for gas.

Now this whole process took me north of two hours, so it does take some determination and effort. But if it saves you at least £100 a year it is worth it. Once you have done it once, it is easier to do next time and you should do it annually or whenever your bill goes up. This is your best chance to save money, don't rely on the energy companies. If you choose a fixed rate tariff because you want to protect yourself from price increases the same methods apply. Armed with your exact usage of kWh per quarter for both gas and electricity you can work out the pros and cons of any deal.

I have tried to explain this as simply as possible but, the billing process is not simple as I have stated earlier and I want to be comprehensive, so this explanation is detailed but hopefully it will make it easier for you to save money, which is what we want! So, make yourself a strong cup of coffee and find out how to tackle gas and electricity tariffs with confidence.

Work out your energy usage

1. First get together 12 months worth of bills. Even if you signed up for paperless billing you can still go online and print of your quarterly or monthly bills. I did this exercise last year, so after my latest bill I printed off the four bills for both gas and electricity covering the period from the 21st October 2010 to the 20th October 2011.

2. I am with British Gas and they present their bills in two parts, two costs for two tiers. You need to list each of the four bills for each utility, gas and electricity. For gas the first 367 kWh (tier one) was charged at 5.954p (the rate) last winter on my first bill (I am on the Websaver 10 tariff that expires on the 29th February 2012) and the next 4434kWh cost 2.856p (tier two). Tier one is usually charged on the first 670 kWh of gas used and first 225 of electricity but this changes on your bill when you sign up to a new deal or a price change takes effect.

3. If you are with another supplier and they use a daily charge and one tier pricing then do a calculation for each cost per quarter for both gas and electricity.

6. I followed the same process for my gas bill for the next two quarters, which was easier as there were no more price changes so I was just calculating the same rate across both tiers. My costs for the next two quarters were £175.12 and £51.48. There was a further price change on 18th August when the rate increased to 7.925 for tier one and 2.586 for tier two. The final quarter (until 19th October) cost £69.17. My total gas bill for the year was £647.56.

7. It is a good idea to add up the kWh used for the year as you go as this information is very useful to have and you need to keep a note of the kWh used each quarter to help with comparing the deals of different suppliers, which we’ll come to later.

8. Now follow the same process for your electricity bill remembering to list each cost per tier for each quarter and to do a separate calculation when a price change takes effect. My total electricity bill for the year was £458.52. This meant my overall duel fuel cost for the year was £1,106.88 before any discounts. The discounts I received that applied to the Websaver 10 tariff had been applied to my bills after the actual cost of fuel usage had been calculated.

Applying your usage to other tariffs

9. The next stage to finding cheaper energy is to check suppliers’ best tariffs, either by using a comparison website or by calling the companies direct or a combination of both. I find checking a comparison site first to find what I think is the cheapest deal for each and then calling up each company to confirm that works best. When you call them say firmly to them that you would like them to give you details of the cheapest dual fuel tariff they have available for new customers. Remember, if you switch you will normally have to do it yourself online to qualify for the best deals.

10. You need to ask them what the two tier costs are for a kWh of gas and electricity or what the daily charge is and the tier one rate for a kWh of energy.

11. You then need to ask them what discounts are available for dual fuel, paperless billing or paying by direct debit and when and how these are applied to your bill. It makes sense to check on cancellation charges at the same time. Finally, many of the best tariffs have a percentage taken off the bills after the kWh rate and total cost has been calculated. Find out if this is the case and what the discount is.

12. For instance, E.ON has an eight per cent discount to be taken off for both gas and electricity on their Saver Online 10 Dual Fuel Tariff. However, British Gas applies a six per cent discount to the cost of their Websaver 13 tariff but this only applies to the energy used under tier 2. The benefits of having this information will be apparent when you apply your usage to the new tariffs you are comparing.

14. Here is an example of how to do this. I did it for each of the six big utility companies’ best dual fuel deals available to new customers. The tariff I am using for the example is E.ON’s Save Online 10 Dual Fuel tariff.

16. Once you have calculated the tier charge the first time you have it for the other three quarters, saving a few lines of calculation. Then continue calculating the tier two charges based on the rates and the kWh usage details for each quarter you have from earlier. My projected bill came to £46.10 (tier one) x 4 = £184.40 plus the tier two charges for all four quarters which was £469.96 coming to a total of £654.34.

19. You then need to apply this to as many tariffs as you like until you find the cheapest deal. I did it for the best tariff I could find for each of the big six suppliers. I’ll present the findings in part two.

Use the Myfinances.co.uk comparison tables to find the best deal on gas and electricity or dual fuel tariffs