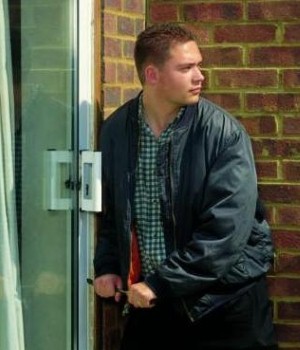 Safeguard your valuables from thieves

There is perhaps nothing quite as upsetting for homeowners than to fall victim to burglary. Whether it is an item that only has sentimental value or something worth several thousand pounds, the sheer experience of having your possessions stolen can be very distressing.

Having anything taken from your property is bound to be unpleasant, but it appears there is an increasing trend for thieves to target certain items. Here’s a look at a few of the popular products that are taken most often.

Mobile phones have been among the most commonly stolen items ever since they came on to the market in the 1980s, though the emergence of smartphones in recent years has possibly made them even more popular to steal.

Not only does their compact nature make them easy for thieves to pocket, but smartphones are constantly in demand and have a high resale value. According to research by LV=, the typical smartphone is worth more than £400 on the black market, when the value of the handset itself and any downloaded content and apps on the device are taken into account.

Not only are stolen mobile phones sold to unsuspecting consumers on online auction sites like eBay, but thieves are also often inclined to sell them to recycling companies in exchange for cash.

The Apple iPad has proven an incredibly popular item for thieves to target over recent years, with the tablet computer topping the LV= study for the most commonly taken product from Britons’ homes.

Like smartphones, these products have a high resale value – the going rate for these on the black market is thought to be £210 – and their flat, slim casing means they are very easy to pick up and carry away.

Jewellery is another extremely common item that is taken from British homes, not just because of its high financial value, but also as it’s very easy to resell – especially if it’s taken to a pawnbrokers.

It’s difficult to know exactly how much jewellery is stolen from the UK each year – partially because the value of items regularly changes – but it’s safe to say that goods worth several million pounds are taken each year.

As an indicator, a one-day raid carried out by Camden Police in October 2012 saw £140,000 worth of stolen watches and jewellery seized from seven businesses that were involved in the handling of stolen items.

As you can see, many of the most commonly stolen items are not only expensive, but also highly transportable and easy to sell on. Consequently, it’s vital that you do everything in your power to minimise the chances of this happening. This means that you need to improve the overall level of security in your home, with installing mortice locks on doors, which can be done by Prime Alert Locksmiths London, and a motion sensor lighting system being just two great ways to reduce the chances of burglars being able to make their way in.

It’s also a good idea to keep electrical devices and other expensive products away from windows wherever possible, otherwise you may be giving opportunistic thieves an additional incentive to break in when they know that you are not home. You should also bear in mind that improving the security of your home can result in you getting a discount on your insurance policy, though you will have to make sure you install products that have been approved by your insurance provider to benefit from this.

Meanwhile, having good-quality contents cover – whether it’s insurance for expensive jewellery or electronic gadgets – means that, in the event your items are stolen, you don’t have to pay for them to be replaced out of your own pocket.