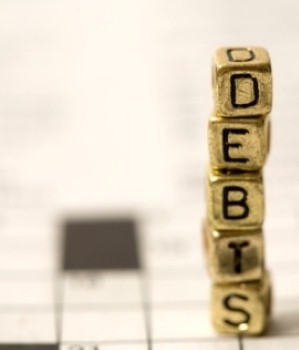 You might not think there’s much to paying off a relatively small debt – but think again. Many larger debts are created when more modest bills aren’t dealt with in the right way, so it’s crucial you repay what you owe quickly and in the correct manner.

What are small debts?

‘Small’ can be a pretty subjective term when it comes to money, depending on the financial situation of the debtor. However, we’ll just say that, for the purposes of this article, a small debt is anything up to £500.

This type of debt can come from one of any number of sources, such as a month’s worth of rental arrears, unpaid utility bills or a relative from whom you’ve borrowed a small amount of money and who is now asking for it to be repaid. It could also be a credit card balance you want to pay off in full, rather than simply making the minimum repayments.

What are the problems with small debts?

One issue that can arise when you end up owing a small amount of money is if it’s the type of debt that has interest charged on top, increasing the overall sum due over time (e.g. as is the case with credit cards). This shouldn’t be a problem if you pay off the debt straight away, but let it go unpaid for a while and the interest can start to mount up. This means that a debt of a couple of hundred pounds can quickly become much, much more.

Another problem is the lax attitude to money that small debts can encourage. If you’re in the habit of regularly borrowing a tenner here and a fiver there while thinking that it’s not that much to owe, you can soon become complacent about your financial situation – and lose track of exactly how much you need to repay, and to whom.

Combine both of the above scenarios and you’ll find yourself in extremely dire financial straits – all because of a debt that you thought wasn’t that much in the first place.

What’s the best way to pay them off?

Ideally, you should pay off the debt immediately and in full. However, this isn’t always possible, so look into how you can best do this over time if you can’t repay straight away.

One option might be to ask the creditor if you can pay in regular instalments, depending on who it is you owe money to. Just bear in mind that they may want to charge interest for this if they don’t already, so weigh up the total cost of doing this with that of paying the bill immediately by, say, cutting back on your non-essential outgoings for a while afterwards.

Another route that some people use – but that you should be wary of going down – is borrowing more money to repay the original debt, whether this is through a credit card or a short-term loan. This may be a feasible way to go about things if the interest charged is lower than that on the initial debt, but you will, of course, then need to draw up a plan of action to repay this second debt.

One other solution to consider is generating the cash by selling unwanted possessions. Every home has at least some clutter, so selling good quality items like CDs and clothes, either at a market or online, could be a convenient way of both earning money and clearing your house or flat of things you don’t want or need.

Whichever route you go down, be sure to keep the person or organisation you owe money to informed so they can rest assured that they will eventually be repaid. If you do struggle with your debt and it’s in danger of becoming larger than you can cope with, seek financial advice straight away.