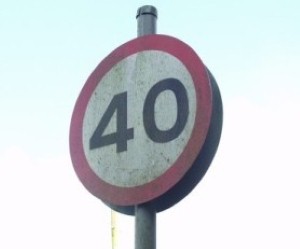 LV= used the freedom of information act to find that speeding offences have increased by six per cent in 2011, compared to 2010. Nine per cent of motorists have been caught speeding in the past three years.

This has led to £41 million being paid in speeding fines in 2011 and a total of two million penalty points have been accumulated.

71 per cent of motorists cannot name the speed limit on a rural road, single carriageway, dual carriageway, motorway or a road in a built up area.

Overall, the average that drivers have been caught over the limit by is 8.5mph but that this is increasing. In 2010 the average was 54mph but this increased to 56mph in 2011.

Perhaps part of the reason for the increase in speeding is that most motorists believe the current speed limits are too slow. 30 per cent believe that the 70mph limit is to slow, whilst 64 per cent think it is a good idea to go ahead with the proposal to increase the speed limit to 80mph.

John O'Roarke, managing director of LV= car insurance, said "It is alarming that so many motorists cannot correctly identify the legal speed limit on UK roads when tested. If a driver is caught exceeding the limit by just a few mph, they can still be fined and given penalty points.”