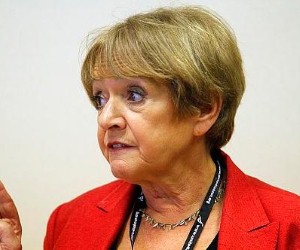 Margaret Hodge: Critical of the government

A failure by the government’s reimbursement scheme may mean that 200,000 people who lost money as a result of the collapse of Equitable Life will not receive compensation, according to a report by the Public Accounts Committee (PAC).

The compensation scheme is outsourced to Atos but up to 20 per cent of the 1.5 million policyholders affected may not be able to be traced by the time the scheme is wound up in March 2014.

Equitable life policyholders finally won a decade-long battle for compensation when the Treasury announced that the new coalition government had decided it would compensate up to 1.5 million policyholders affected when the firm collapsed.

The Chancellor, George Osborne said he would cap total payments at £1.5 billion.

The PAC criticised the government for adopting what it called an “arbitrary” target on closing the scheme and for providing Atos with little incentive “to act efficiently and speedily”.

Margaret Hodge, Chair of the PAC said she was “stunned” to find out that the Treasury had destroyed contact details of 353,000 policyholders for data protection reasons.

The PAC was also highly critical of the performance of Atos, who it found had made mistakes in nearly half of its work assessments.

It said that claimants had been sent duplicated correspondence which was “wasteful to the taxpayer”. The budget for administering the compensation scheme is already £4 million over its £57 million budget.

The PAC said the Treasury had given Atos a deadline of June 2011 to make the first payments and that this reduced the time needed to organise and plan the scheme effectively.

It said the government had failed to learn the lessons from other similar schemes such as payments to miners.

This had caused “unacceptable delays” which meant only £168 million had been paid out by March 2012 rather than the target of £500 million.

Margaret Hodge: “It is completely unacceptable that more than 10 years after the collapse of Equitable Life so many victims still have not received the compensation they are entitled to. Hundreds of thousands of conscientious savers are losing out because of the Treasury’s failure to get a grip on the payment scheme.”

The Treasury was quick to defend its record, saying: “We do not agree that the Government has failed to get a grip on the planning or delivery of this important work. We continue to monitor the progress of the Equitable Life Payment Scheme very closely and are working hard to maximise the numbers of people who will eventually receive payments.”

The PAC urged the government and the its agency running the scheme, National Savings & Investments (NS&I) to advertise the scheme and get the message out to lower the number of claimants who miss out on compensation.

"Unless the Treasury and its administrator, NS&I, get their act together there is a real risk that large numbers of policyholders will miss out."

A Treasury source added: "While Labour did absolutely nothing about the Equitable Life scandal for a decade, this Government has allocated up to £1.5bn to help people who suffered a great injustice, with tens of thousands of policyholders receiving around £700m in payments since 2011.

"We make no apology for starting to get payments out the door a year after the Coalition was formed.

"We do not agree that the Government has failed to get a grip on the planning or delivery of this important work.

"We continue to monitor the progress of the Equitable Life Payment Scheme very closely and are working hard to maximise the numbers of people who will eventually receive payments.

"Instead of scaremongering, the Labour chairman of this committee should explain why her party shamefully did absolutely nothing about this scandal for a decade."